We all know that toddlers are emotional; it’s a universally acknowledged fact. Yet the volume and intensity of their emotion can still take anyone by surprise.

Your 2-year-old can’t rely the way adults do on experience; they’re learning as they go. Let’s say you give your child two pieces of broken cracker and they dissolve into tears. You know that a broken cracker will taste the same as a whole one, but they don’t.

More often than not, the root cause of a tantrum is your child wanting independence but not being quite ready for it. The constant push-and-pull between wanting to do things on their own but not having the tools for it—combined with a brain that’s still developing—can cause big emotions, unpredictable mood swings, and major frustration.

Here’s how to help your toddler start to manage and understand their emotions:

One reason children start throwing tantrums is that they have a developing voice. In moments of big emotion, when they’re trying to use that voice to express what they want and feel, their language limitations can be extremely frustrating for them.

Tantrums are not “fixable” in the moment, but as your child works through their emotions, you can help by giving them the language for their feelings. Describe what you see, empathize, and be present: “It looks like you’re really angry about that. I understand why you’re angry, and I’m right here if you need a hug.” This may or may not feel like it’s doing much in the moment, but it does let them know you hear them and understand how they feel.

Your 2-year-old, in the midst of a tantrum, can get wound up to the point of forgetting what they want or why they’re upset. They may not be able to hear much of what you’re saying, which is why clear, simple sentences work best. Extra words are wasted in a moment when your child is not able to be rational. The most helpful thing you can do is to model what calmness looks and sounds like, which serves as an invitation for them to reach a calmer state soon.

You can stay present by putting a hand on their shoulder, offering them a hug, and reminding your child—in simple terms—that you understand they’re upset. When you can, try to get down to their eye level, or even sit down on the ground next to them. This shows that you think they’re worth listening to, and you’re making an effort to see things from their point of view. It’s a small act of respect that can go a long way at an emotional time.

Ignore the behavior, not the child

“Ignore the behavior” is common advice for handling tantrums, but it’s important to distinguish between behaviors and the child displaying them. Ignoring behavior means continuing to stay present physically and emotionally while not paying attention to writhing, whining, huffing, or anything else your child is doing.

That said, if the behavior gets unsafe and can’t be ignored, you can try a strategy called “connection, then correction.” This means that before you correct their behavior, provide your child with a brief moment of connection—this may be putting a hand over theirs and saying, “I can see that you’re upset AND hitting is not okay.”

Tantrums at home are one thing; the public ones are trickier. First of all, they can be really embarrassing. Even though you know (hopefully) that tantrums don’t reflect on your parenting, it’s hard not to feel judged, especially if you have to abandon a half-filled grocery cart or cut a trip to the park short. If your child starts hitting or otherwise hurting you or someone else, you may have to whisk them away to keep everyone safe. Give your child a quick notice: “I’m going to pick you up now and take you back to the car,” and then pick them up gently.

Anticipate triggers and make a plan

Sometimes, tantrums can be avoided—or at least mitigated—by talking things out ahead of time. If you’re headed to the grocery store, for example, and you know that something there is going to trigger big feelings (the candy aisle, a favorite box of cookies, etc), talk about it on the way: “when we’re getting ready to pay at the store, remember how hard it is to walk past all that candy? Let’s make a plan for how to handle that.”

The plan should be simple and straightforward, and often works best if it involves giving your child a job: “when we’re getting ready to pay, you can be the one to take the card out of my wallet.” This not only distracts your child from an emotional trigger, it also taps into something they love to do: being a helper. Giving your child small jobs gives them a feeling of independence, and may take some of the stress out of walking past something that has provoked big feelings in the past.

Even very young children learn quickly how to provoke a reaction from their parents. It’s not intentional on their part, but a big reaction from you (as understandable as it is) can sometimes heighten the emotions your child is feeling. Instead, try to respond rather than react. An example of a simple response during a tantrum can be to say nothing and take a visible, deep breath—then wait.

This can calm you down and, just as important, slow down the interaction for you and your child. A deep breath can ultimately help get you and your child out of typical tantrum patterns, like back-and-forth rationalizations and heightened conversations, which usually extend a tantrum rather than end it.

Distraction, when done right, can help ease a tough situation. If your child is melting down next to you, with no end in sight, try taking a favorite toy or game from nearby, sitting down with it, and starting to play. If you do it with enthusiasm (while completely ignoring your child’s behavior), there’s a decent chance they’ll want to join you. Remember: the goal of making it through a tantrum is for it to end—it’s not to impart life lessons or prevent future tantrums. If your child forgets what they were screaming about and joins you in a game, that’s a victory 😉

If you catch a tantrum early on and you’re able to get your child’s attention, you can also offer a choice between two activities: “would you like to read a book with me, or have a snack?” This won’t always work, but it’s worth a try, especially if you’ve spotted the signs of a tantrum before your child has lost their ability to hear you.

The aftermath: move on as if it never happened

Adults tend to hang onto things longer than our children do. Not every tantrum is a teachable moment—sometimes the best we can do is let the tantrum happen, then move on like it never did. This way, we show our children that we all lose our cool sometimes, that we’re allowed the space to do so, and that we don’t need to feel shame for showing our emotions.

Once your child has calmed down and they are starting to move on, move on with them. Reconnect by holding hands, singing a song, or just sharing a big hug. There are benefits to telling the story of what happened back to them later—as long as you’ve allowed time to pass, and don’t give into the impulse of lecturing them about their behavior 🙃

Understand what is going on, and empathize with your toddler

There are a lot of reasons young children have tantrums. Mostly, they’re just trying to find their voice and understand their place in the family and in the world. Typically, a tantrum comes down to a battle between what your child wants to happen and what you want to happen. You can alleviate that tension by taking the time to learn why they’re upset and empathizing with them. A tantrum often means “I want my voice to be heard but I don’t have the right words, and I want control over something.”

Of course, sometimes the reasons are purely biological: your child may be tired, hungry, sick, or off their normal routine. While you sit with them through a tough moment, try to go through a mental checklist of these causes—even if it doesn’t help right away, you may just have something to help them feel better when the tantrum has passed ❤️

Learn more about why tantrums happen and the best ways to get through them.

We did all the research so you don't have to.

Thank you for subscribing! 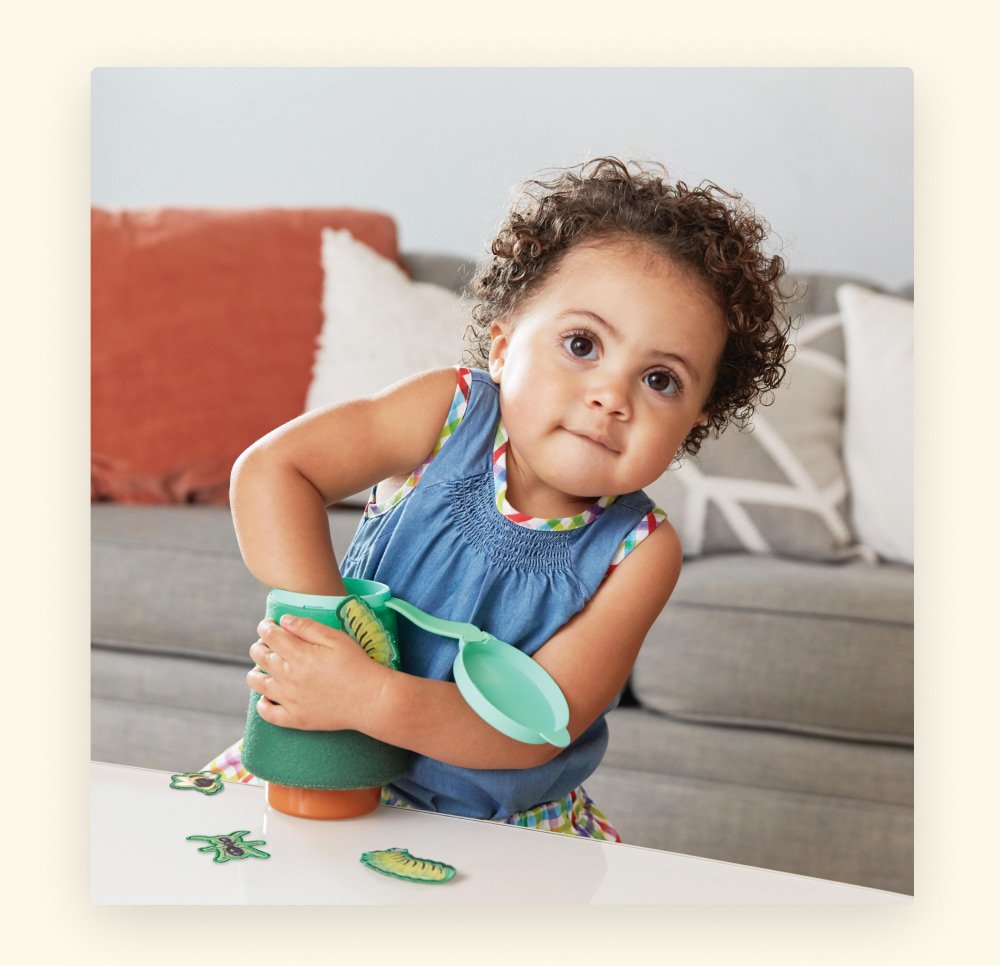 How to give your 2-year-old logical consequences

Your toddler is slowly learning that their actions have consequences. When you give and explain appropriate consequences, they’ll start to understand what they can and cannot do.

Why to set limits with your toddler, even when it’s hard

When your toddler tests boundaries, you may wonder what you’re doing wrong. Remembering these 3 toddler truths can help.

Try this to raise your child’s emotional intelligence

Using specific and even complex words to describe how your child feels gives them a deeper, more nuanced understanding of their emotions.